An alternative to glyphosate?

A recent report published by Ministère de l’Environnement et de la Lutte contre les changements climatiques (Québec’s ministry for the environment and the fight against climate change) announced a significant increase in the levels of pesticides found in Québec waterways, in particular the herbicide glyphosate. This revelation sparked considerable media coverage, in addition to a public outcry. It revealed that nearly 98% of the samples taken indicated the presence of glyphosate. This is a concrete example of the detrimental consequences that arise with the frequent application of herbicides to large areas of field crops, such as soybean or corn.

Glyphosate products, including "Roundup", are the most heavily utilized herbicides in the world for controlling weeds. In addition to creating known pollution problems, the weeds tend to develop resistance, which leads to the application of ever greater amounts of herbicide. Although farmers understand the need to protect the environment, they often have no alternatives to these pesticides. Given the scarcity of accessible and tangible solutions, IRDA experts; in collaboration with UQAM’s Institut des sciences de l’environnement, Centre de recherche sur la dynamique du système Terre (GEOTOP), and Réseau SCV Agrologie; have set themselves the goal of coming up with innovative alternatives to help farmers cut back on herbicide use and, in doing so, reduce agricultural impacts on the health of our soils and waterways.

To date, tests indicate that the use of cover crops with field crops provides an effective way to control weeds and drastically reduce the need for glyphosate applications. In its ongoing work, IRDA employs the latest high-throughput DNA-sequencing techniques to study agricultural soil microbiomes before and after the use of cover crops with field crops—in instances where glyphosate is applied or not. With these analyses we can measure the impact of glyphosate and permanent cover crops on the functioning of bacteria, fungi, protists, and other soil microfauna. These tests also identify the impacts of glyphosate and its degradation products on the variety of soil microorganisms able to degrade glyphosate and thereby reduce water pollution risks.

Over the past several years IRDA has conducted research projects focused on the analysis of soil microbiomes in a number of agricultural contexts, in particular in the area of field crops. Among other benefits, these studies enable us to develop soil health and productivity indices, identify and quantify beneficial and pathogenic organisms, and measure the impacts of various cropping systems. In this era of smart agriculture, IRDA’s R&D department is pleased to provide a microbiome analysis service that will help farmers expand their production capacity and assist advisers to devise optimal production strategies. This service is part of a new array of decision-support tools designed to bringing crop yields up to desired levels, while protecting our natural resources. 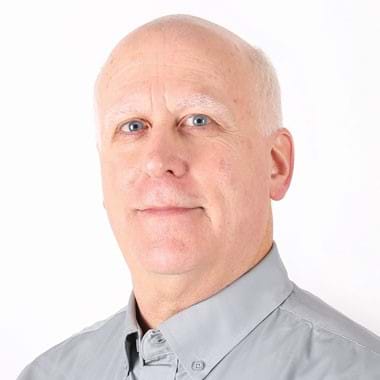